NYC movers that do it all

Time flies. It can be hard to believe that your moving day is just around the corner. Whether this will be your first time or not, it certainly is a daunting task. To make things worse, you’re moving to Manhattan […]

The Queen City. Porkopolis. The Paris of America. Cincinnati is a dazzling place brimming with elegance and opportunity. On the one hand, it’s a thriving metropolis dotted by Fortune 500 companies and influential individuals. On the other hand, it is a humble Midwestern town at heart that still knows how to do things old school.

If you’ve grown tired of the Big Apple’s hectic 24/7 environment, Cincinnati offers a refreshing change of pace. Here’s your all-in-one guide to moving to the Queen City from the City of Dreams.

Brace Yourself for a Massive Cost of Living Change

Moving for the first time, there’s a high chance you’re going to experience culture shock. Things are super cheap here. To illustrate, a single restaurant meal in NYC can buy you two large ones in Cincinnati. Here’s an overview comparing costs in the two cities from bestplaces.net:

For other categories, NYC outprices CIN by 19.5% in groceries; utilities – 53.6%; transportation – 93.5%; healthcare – 31.9%; and misc. – 25.5%. Keep in mind that just because things are more affordable doesn’t mean the quality is bad. Cincinnati is one of the most beautiful cities in the country, thanks to its beautiful architecture, robust food scene, and eclectic neighborhoods.

The Weather Can Be Unpredictable

Sitting in the heart of America, Cincinnati gets hit by winds from all directions. Forecasts often get bamboozled by Ohio’s moody climate. If you don’t want your plans to be ruined, you better be prepared at all times. One big advantage you have as a New Yorker is your existing wardrobe. Bring all of your winter clothing with you. Note that winters here tend to be icy, windy, with mainly a fair amount of snow.

Meanwhile, summer never fails to bring joy and warmth to everyone. It’s as hot and humid as one would expect. Spring is beautiful with everything in full bloom, although you should expect some occasional drizzles here and there. As for fall, there’s not much to say except that the city transforms with some of the most beautiful fall foliage in the northern hemisphere.

Don’t Expect Too Much from the Economy

Just a heads up. Your salary is going to suffer significantly after you move. To be fair, it wouldn’t be equitable to compare a small city like Cincinnati to a finance giant like New York. Don’t worry. You can still find plenty of opportunities in the city. Just don’t expect the same number of zeroes as your paycheck in NYC.

While it’s not as high-paying as NYC, Cincinnati’s economy is diversified at the very least. You can still nurture a healthy career in finance. You can also branch out to other established industries, including manufacturing, retail, education, and healthcare.

It’s important to know that the unemployment rate is pretty high at 4.8% compared to the national average of 3.7%. Moreover, 27% of the population lives below the poverty line. Perhaps the only redeeming factor to these depressing stats is the taxes. Income and property taxes are half of what the government collects in NYC.

Best Places to Live in Cincinnati

While it’s not perfect, Cincinnati has a lot of great neighborhoods to call home. Of course, some areas are more appealing than others. To save you time hunting, here are the best neighborhoods to settle down.

There’s no doubt you’re going to miss a lot of things in NYC when moving to Cincinnati. However, you’ll eventually learn to love your new city and find the beauty in your new environment. Give it time. Enjoy the adventure and make the most out of the experience.

When you live in a place for a while, it’s hard to imagine living elsewhere. However, there are times when leaving your city is the right thing to do. In recent years, droves of New Yorkers have been moving out of the Big Apple. It could be that they’ve grown tired of the traffic, are choked by the insane prices, or simply want to be closer to their family or friends who live in another state. NYC just isn’t the same place they used to dream about anymore.

If you also wish to escape the concrete jungle of New York, here are the top destinations you should check out.

The funny thing is, most people who move out of NYC don’t even go far. The majority of migrants settle in New Jersey, which is only about an hour’s drive away. Why? The main reason is affordability. Despite being neighbors, NYC is 40-50% more expensive compared to nearby N.J. cities. That being said, you’ll find it convenient to settle in N.J. while keeping your high-paying job in New York. Of course, you’ll have to compromise on things like commute time, but the Garden State is a great contender for those looking for a more family-friendly place to call home.

Few regions can rival NYC’s economic prowess, and the Golden State is one of those. Despite being on the other side of the country, many New Yorkers readily leap to West Coast’s tech empire. That’s because Cali offers plenty of things NYC can’t. Living there lets you enjoy glorious summers, wide highways, rolling hills, gorgeous beaches, dashing landscapes, and a casual way of life. If there’s one thing that remains unchanged, that would be the high cost of living.

For those who don’t want to risk it all in the West, Philadelphia offers a safe alternative from NYC’s share of troubles. It’s not too big of a gamble considering the city is located only 100 miles southwest. While not as prosperous as the Big Apple, it does offer low enough rent and home prices to satisfy a New Yorker’s broken finances. On top of that, the unemployment rate has gone down while the average income increases marginally every year.

If there’s one place on par with NYC’s fame, it’s no other than the country’s capital. People from all over the world dream of visiting here, let alone calling it home. Please don’t be fooled by D.C.’s lack of towering skyscrapers. You won’t run out of things to do here. Additionally, the city enjoys a thriving economy driven by government, healthcare, education, law, and finance. With a job market consisting mainly of talented and competent individuals, it’s not a surprise that D.C. continues to attract thousands of young professionals from NYC.

Nestled on the southern tip of the East Coast, Miami is like a cheaper version of the Big Apple. According to bestplaces.net, it’s 50% more affordable, making it an attractive option for most New Yorkers. On top of that, its economy is quite similar, with finance and commerce topping the list of industries. You’ll also find plenty of opportunities in retail, accommodations, tourism, public administration, and digital services. Besides the diverse job market, Miami’s sunny weather makes it even more desirable to people who’ve been used to dealing with the cold in the north.

Moves from New York City to Boston have always been a trend for a while now. Its highly-skilled workforce, progressive economy, low unemployment rate, and diverse job market never fail to attract competent folks from NYC. But material wealth isn’t the only thing that defines the city. It’s also rich in history. As you explore its vicinity, you’ll encounter lots of historic places like The Paul Revere House, Bunker Hill Monument, King’s Chapel, and Fort Warren. Not to mention 58 unique museums and 217 well-maintained parks.

NYC might be an entertainment hub, yet it doesn’t hold a candle to Nashville’s country music scene. Dubbed the Music City, it’s a top location for talented and up-and-coming musicians and performers. Aside from that, the city is appealing with clean streets, placid waterways, upscale districts, and enough green space for year-round recreation. In light of this, it has become a favorite destination for New Yorkers because it offers the same lucrative industries minus the fierce competition and saturated job market.

Welcome to the last but definitely not the least destination on this list. Seattle is just as expensive as NYC, yet it’s also filled with high-income opportunities. Besides the gloomy weather, the other thing that prevents others from moving here is the fact that Seattleites can be cold and anti-social. You might find it more challenging to adjust here if you’re someone who loves to party and make new friends. Other than that, the salary, education, healthcare, and overall quality of life here are top-notch.

Moving Out of NYC

Moving out of New York is no small decision. Prepare to spend a decent amount, deal with stress, and take some time off your work. To make things easier, it’s best to find reliable movers who can smoothly facilitate your relocation.

Moving to Queens? That’s a big decision for anyone, and there are many factors that you need to consider before packing up. However, know that you’re not alone in this situation. In fact, more and more people are making a […]

If you haven’t watched the movie Inception yet, it’s about dreaming within a dream. Living in Brooklyn feels relatively similar – it is like an entire city existing within the heart of New York. Guess you can call it cityception. […]

Ask any New Yorker and they will tell you the same thing: “NYC” is not just one big area as you might expect out of a smaller city. Do you want to go to Manhattan and see all the sights? […] 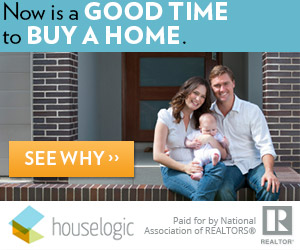